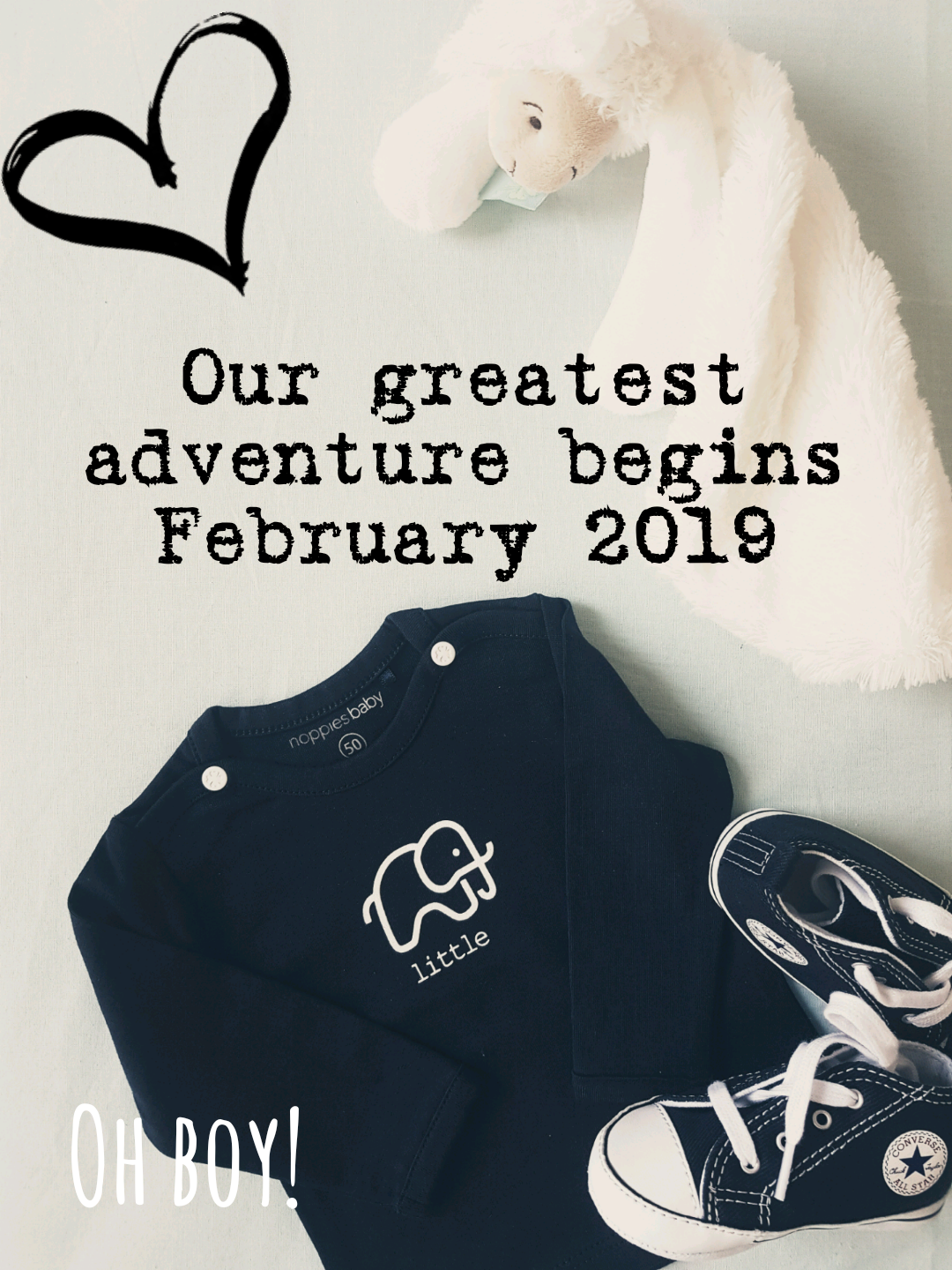 It has been a while since I have written anything on my blog. My focus was on something completely different. I was pregnant. Being pregnant abroad can be quite the challenge as I discovered. But luckily, I can look back at it as a very pleasant period.

We were in the Netherlands and I was actually hosting a baby shower for my best friend. Being completely occupied with that it didn’t immediately crossed my mind that I was late… so a day before we went back to Macedonia, we bought a few pregnancy tests. And number 1, number 2 and number 3 were all positive. OMG I was pregnant! We were so excited and happy! But of course, we wanted to wait until we heard the heartbeat to tell our closest friends and family. Although my best friends were up to date pretty quickly after the tests.

Funny thing is, once you know you are pregnant the worrying about everything starts. Most important was the first appointment to check for the heartbeat. We went to a private hospital (which was recommended by friends) and yay! we heard the heart beating. Such a precious and emotional moment! After a second appointment we decided to change doctors, we were not satisfied plus I had the wish that I wanted a doctor who could explain to me properly what was happening, what was she checking and most important; what are the next steps! Luckily I already had some experience with one gynaecologist and we choose to do all the check-ups and tests at her practise during my pregnancy.

After the 12-week echo when we were in so called ‘safe zone’, from that moment on I started to compare every single detail between being pregnant abroad and in Macedonia and in the Netherlands, from what I heard from my family, friends, articles and forums.

The big difference with the Netherlands is that when you are pregnant you don’t go to a gynaecologist (only when medically advised), you go to a midwife. And here in Macedonia there is a check-up every month including blood and urine tests. I had a pretty safe feeling during my pregnancy because of all the tests and regular check-ups.

Another big difference which I noticed was the attitude from the people in Macedonia. Now in the Netherlands people are being very down to earth and direct (as most of you know). Getting ahead in line to checkout because you are pregnant, you can not expect that. The attitude is more like: ‘you choose to get pregnant, so it’s your problem’, or I noticed a lot of Dutch women thinking: ‘I don’t have a handicap!’. And of course, there are exceptions but the attitude is incomparable with what happens here in Macedonia when you get pregnant. Mainly to say, I pretty much enjoyed all the comfort which came along with my growing belly.

One example was that when I was clearly showing I had to go to extend my visa and take a picture. Now you should know that the building where you need to go is… horrible. Every foreigner knows it and doesn’t like going there (or I haven’t found a foreigner which was actually exited to go there). And because it was September apparently a lot of students were there for their visas and it was so crowded! So luckily my belly was noticeable and the police guided me and I skipped the lines. I was so happy not to spend a minute waiting in that building.

The beginning was very exited for us. I loved the part where we told the news to people and to see their reaction! So priceless! Of course, the hardest part of being pregnant abroad, was to tell my family and friends through video calls. Because the news that my parents would be grandparents and my brother an uncle, I would have loved to tell them that in person. All of a sudden, I felt this huge distance between us and (I blame the hormones) got me tearing up a lot of times.

Curious how it will continue? Read my next post here!

2 thoughts on “Pregnant while living abroad – the beginning”